Almost exactly one year after I began working on my roguelike (on May 1, 2021), I'm pleased to announce the first playable release.

Getting caught by a bunch of javelineers after being spotted by a watcher: 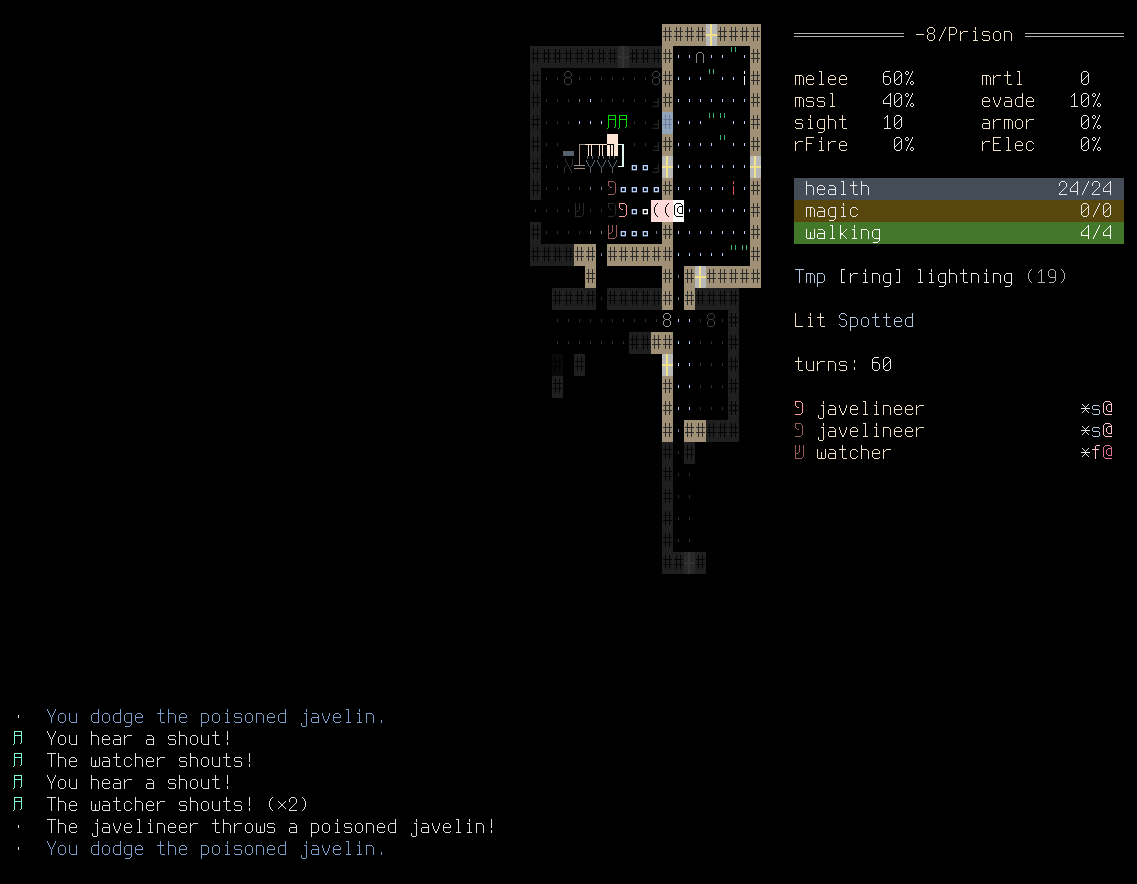 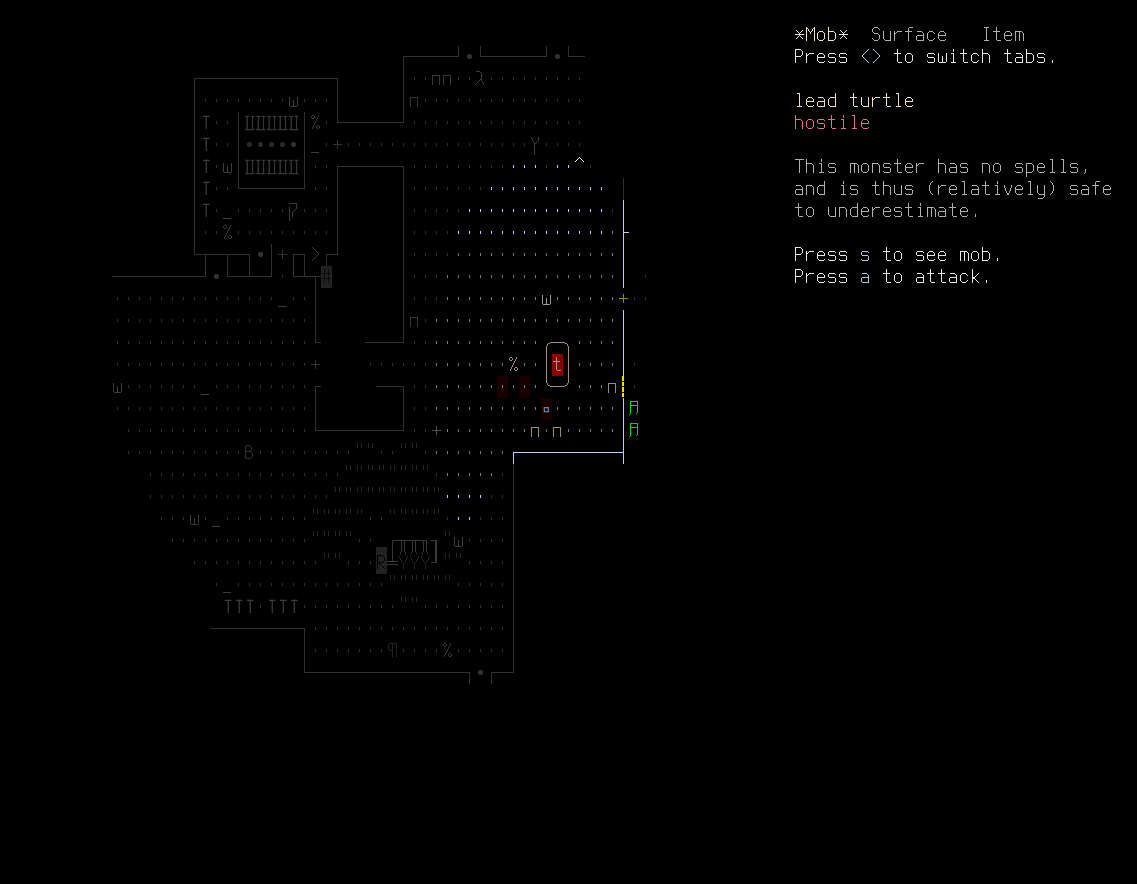 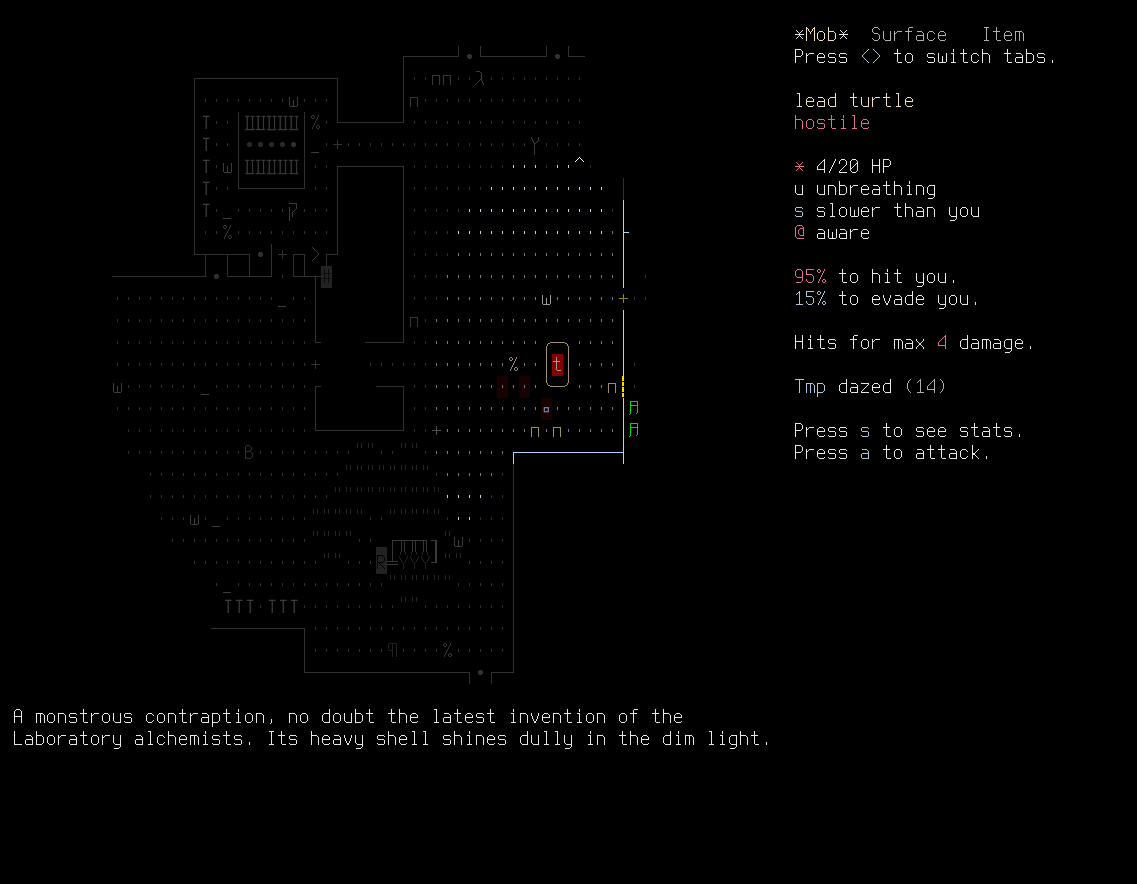 This version may be playable, but it's probably not enjoyable. The game's scope is rather small: few enemies, few melee options, few consumables, etc. Rings, which were supposed to be a major game mechanic, have only one option (the Ring of Lightning) which is given to the player by default. The UI is rather unpolished, omitting some information which could be highly useful to the player. Additionally, since I didn't spend 1/4 of the time I should have spent playtesting, there's probably a lot of very unbalanced areas of the game. I hope to fix these issues in the coming releases, but for now this version can be considered an alpha release. 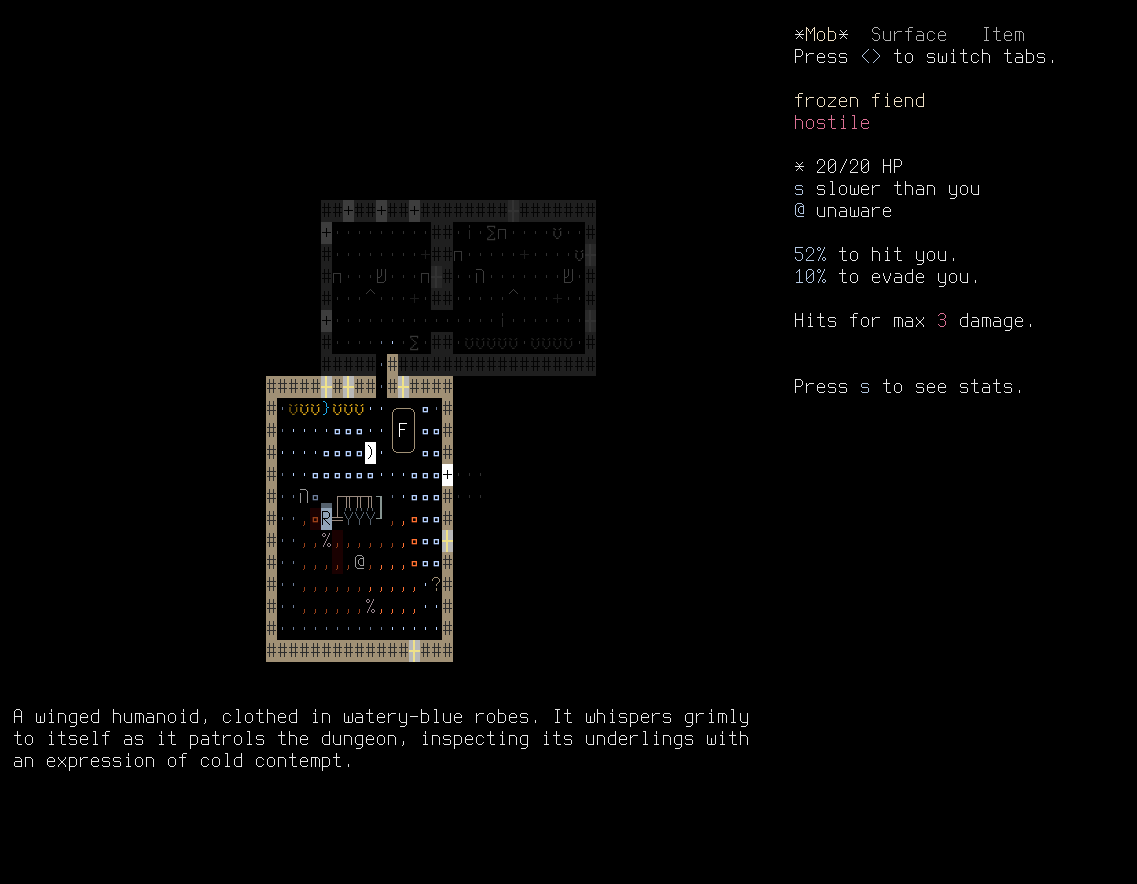 Getting into an argument with said Frozen Fiend: 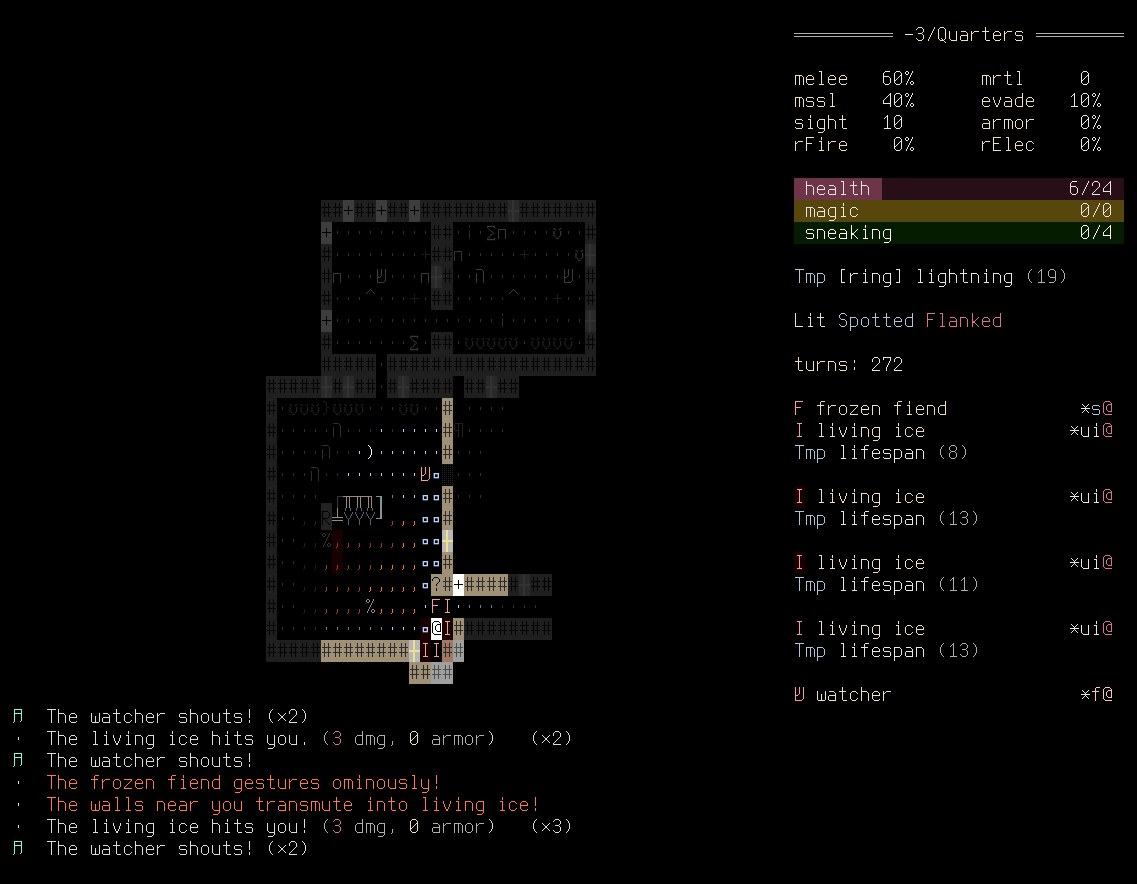 If you wish you try out this version, head over to the repository and grab a binary from the releases. Note that Oathbreaker requires Linux and a truecolor terminal (and a good Unicode font); I eventually plan to support Windows and a nice SDL display but it's nothing close to being a high priority.

Check out the intro for some basic information. It's not complete, so don't hesitate to contact me for clarifications or other questions. General feedback is also welcome, of course.