That Emacs experiment didn't go so well. Frankly, I was rather impressed with org-mode and Evil, but startup times were dismal. I don't want to wait even two seconds for vim to start, let alone the ~5 seconds it takes Emacs. (On my Rasberry Pi it was even slower -- almost 30 seconds(!))

And DWM? I began writing my Xresources patch, only to find that one existed on suckless.org, under the name of xrdb. It took a bit of work to apply it, but in the end I was able to simply hit Super+r to reload my configuration.

It worked perfectly, until it didn't. DWM began to randomly crash, and I could only fix it by reverting the xrdb patch. I gave up and decided to give 2bwm a shot.

As before with AwesomeWM, I'm not sure how long this 2bwm experiment will last, but so far I'm very favorably impressed. 2bwm is a floating window manager, but it's unique set of keybindings mean that it can be easily used as a tiling window manager. The whole thing is very fast and feels snappy, even on my Raspberry Pi. And hey... two borders!! 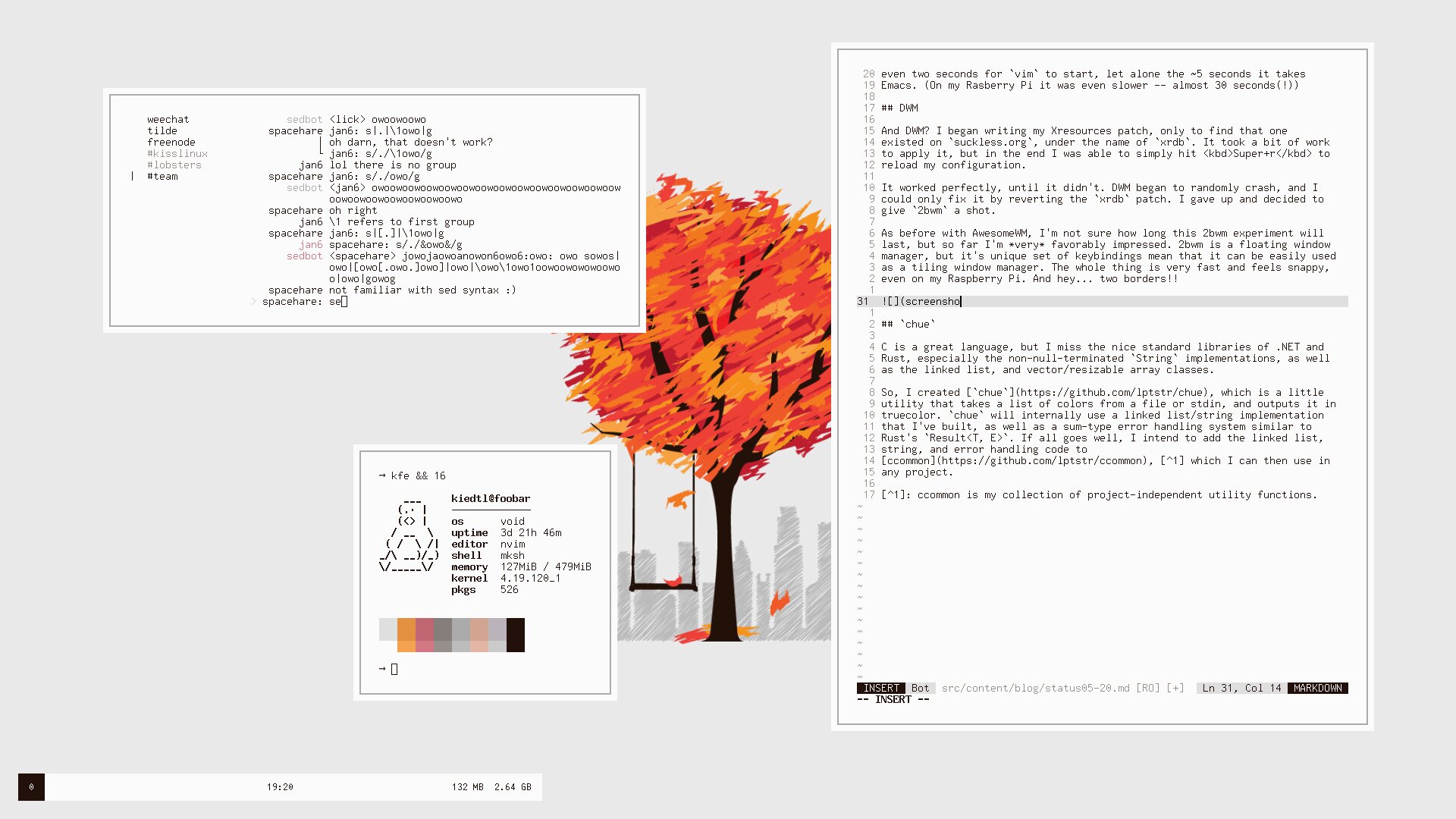 C is a great language, but I miss the nice standard libraries of .NET and Rust, especially the non-null-terminated String implementations, as well as the linked list, and vector/resizable array classes.

So, I created chue, which is a little utility that takes a list of colors from a file or stdin, and outputs it in truecolor. chue will internally use a linked list/string implementation that I've built, as well as a sum-type error handling system similar to Rust's Result<T, E>. If all goes well, I intend to add the linked list, string, and error handling code to ccommon (my collection of project-independent C utility functions), which I can then use in any project.